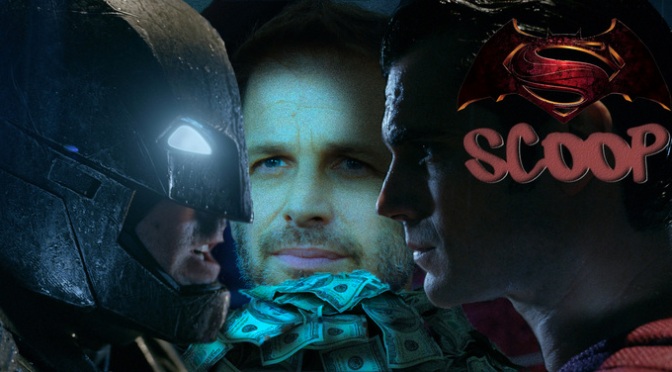 Ever since Marvel began their shared movie universe with Iron Man back in 2008, DC/Warner Bros. has been playing catch-up.  Sure, their Batman movie have consistently pulled in a huge box office draw, but they have a ways to go if the DC universe as a whole is going to compete with Marvel outside of the Batman films.  The movie they’re hoping will change that is next year’s Batman v Superman: Dawn of Justice.  BvS will pit their two most iconic heroes against each other, while also setting Warner Bros. up for a full-fledged Justice League movie and spinoff films.  If there was any question whether DC/Warner Bros. fully understands how much hinges on BvS, Latino Review just unveiled the reported budget for the film.

“Right now, “Batman V. Superman: Dawn of Justice”s budget has ballooned to $410 million dollars. That means it is in the running for being the most expensive movie ever shot. The current record holder is “Pirates of the Caribbean: On Stranger Tides,” according to financial statements obtained by Forbes.”

The budget for Pirates of the Caribbean: On Stranger Tides was $410.6 million, so if the announcement by Latino Review is correct this will be neck and neck with that film for most expensive movie ever made.  By any metric, Batman v Superman will be considered a flop if it doesn’t make at least twice that amount at the worldwide box office.  So despite that number appearing absolutely ridiculous, they should still make a profit.  What does this mean moving forward?  Does director Zack Snyder have a blank check to make the two-part Justice League movies?

“But just because WB was willing to pump money into kickstarting a bunch of superhero movies doesn’t mean that Zack Snyder now has free budgetary reign over the next installments he’s directing. My sources are now telling me that the two-part “Justice League” movie–which is set to be released in 2017 and 2019, respectively–is going to be relatively reasonably budgeted at $500 million for the production of both films.

“Justice League” is prepping now in London for a 16-month production run, including pre-production and physical production.”

If you’ve somehow managed not to roll your eyes yet at the thought of how much money has been thrown around to make some moving pictures, it still falls short of what is rumored to be the budget for the two-part Infinity Wars films Marvel is working on.  Bleeding Cool broke the story earlier this month during the New York Comic Con regarding just how much Marvel is willing to spend on the films that will represent the culmination of all their movies thus far:

“In huddled conversation with very well sourced comic book film insiders in New York bars last night, before New York Comic Con, there was one big topic of conversation. That the next two Avengers films, Infinity War Part One and Two, will have a combined production budget of one billion dollars.

And of that, the above the line costs, that paid to the screenwriter, director, producers and principal actors will be a cool four hundred million dollars alone.

And of the actor budget, Robert Downey Jr gets half.”

One. Billion. Dollars….. Let that sink in for a second.  I know most people reading that will say that there’s no reason to be spending that much money on movies when there’s so many more important causes out there.  However, if we’re willing to spend as much as we do to watch the movies, it does stand to reason that the talent behind the films have a right to demand that much.  Chime in below with your thoughts.