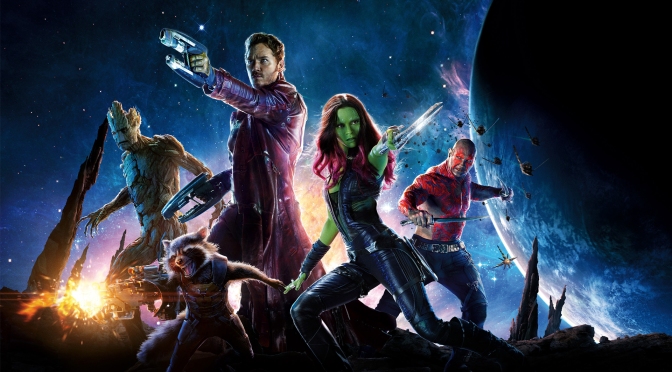 Some Marvel movie news for you: Yesterday we learned that Pom Klementieff (Oldboy remake) has been cast in the Guardians of the Galaxy sequel.  It has not been confirmed who exactly she will be playing, but Deadline reports that their sources are pointing to Mantis.  In the comics Mantis has been a member of both the Guardians and Avengers and, if the news is true, will likely be the new member of the team that has been hinted at by director James Gunn.  Here’s a quick rundown on the character courtesy of Screen Rant:

A telepath and a master martial artist who can locate physical weak points on opponents, Mantis takes on a special role on Peter Quill’s band of antiheroes and is even part of Quill’s shady plan to bring the team together – by using Mantis’ abilities to forcefully motivate them to enlist in the Guardians team. Did we mention she can even partially see the future? That might come in handy when the Marvel Cinematic Universe begins exploring time-travel, an important plot device in the Guardians of the Galaxy comics.

As a bonus for you, rumors emerged regarding Vision’s role in the upcoming Captain America: Civil War film.  These reports haven’t been confirmed, but still if you want to go into the movie spoiler-free I suggest you don’t continue reading.

Still here?  Ok, so the next Marvel film is going to feature the Avengers team splitting up due to falling on opposite sides of an argument about hero registration.  The two teams are believed to be as follows:

It has been suggested that one of the team members will switch sides, which will shift the balance of the battle.  The obvious choice would be Black Widow since she has strong ties with Steve Rogers/Captain America following Winter Soldier and was shown as his right hand woman leading the new Avengers team at the conclusion of Age of Ultron.  However, That Hashtag Show claims to have a source that says it will be Vision who will turn against Tony Stark and alter the conflict.

Naturally this should be taken with a grain of salt since the report has not been confirmed, but there are reasons why this makes sense.  Firstly, Vision and Wanda/Scarlet Witch have a relationship in the comics and even shared a glance in Age of Ultron when he swooped in to carry her off the falling land mass towards the end.  If they develop a budding relationship in Civil War that could factor into why he wouldn’t want to fight against Cap’s team.  Secondly, if you peek at the roster for both teams Tony’s side possesses way more fire power than Cap’s squad.  How can they compete with Iron Man, War Machine and Vision?  Having Vision switch should even the odds.

Additionally, the report goes on to say that Vision ultimately will leave Earth at the conclusion of Civil War (similar to the Hulk leaving the team following Age of Ultron).  Bear with me here, because this is where speculation gets a little crazy.  James Gunn teased that a member of the Avengers could make an appearance in Guardians of the Galaxy 2.  At the time most people assumed that it would be the Hulk since he abandoned the team after AoU and could presumably wind up in space.  Now Bruce Banner/The Hulk has been confirmed to appear in Thor: Ragnarok so that eliminates him.  If it’s Vision than that appearance can fit nicely into the overall story Marvel is telling leading up to the Infinity Wars 2-part movie event.

In the comics one of the major players in that battle with Thanos (Josh Brolin) was Adam Warlock, a superpowered being who possesses an infinity stone in his head.  In Age of Ultron the Vision was created by inserting an infinity stone into his head and therefore could potentially replace Adam Warlock (who many assumed would make an appearance in Guardians of the Galaxy 2, possibly even being Starlord’s father, an ultimately be inserted into the Infinity Wars storyline since his cocoon was shown in the background of the Collector’s room in the first Guardians film).  With reports coming out that Matthew McConaughey recently turned down an offer to play a villain in the GotG sequel, I can’t help but wonder if that was going to be Magus (an evil form Adam Warlock takes when he was split… yeah, comics get weird sometimes).

So what do you think?  Do you think Pom Klementieff will make a good Mantis?  Do the rumors about Vision’s role in Civil War and beyond seem legit?  Perhaps we’ll find out more once the trailer is released, which is likely to be attached to Star Wars: The Force Awakens.  Captain America: Civil War will be released in the US May 6, 2016 and Guardians of the Galaxy 2 is coming out May 5, 2017.