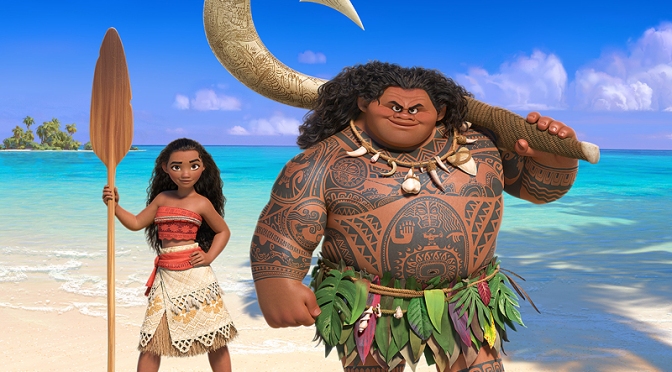 Disney Animated Studios has been on a bit of a winning streak lately with Tangled, Wreck It Ralph, Frozen and Big Hero 6 (right around the time that John Lasseter came over from Pixar animation to breath new life into the studio).  In addition to Zootopia (which has a new trailer) one of the upcoming releases from Disney will be Moana.  Til now not much was made known about the story for Moana apart from a basic premise and the setting, but the first footage (albeit brief) was presented on the Disney Channel as part of a New Years celebration.  Check out the clip below courtesy of /Film.

“In the ancient South Pacific world of Oceania, Moana, a born navigator, sets sail in search of a fabled island. During her incredible journey, she teams up with her hero, the legendary demi-god Maui, to traverse the open ocean on an action-packed voyage, encountering enormous sea creatures, breathtaking underworlds and ancient folklore.”

Disney Found an Actress for their New Princess Moana

Score Info for Moana and interview with Dwayne Johnson