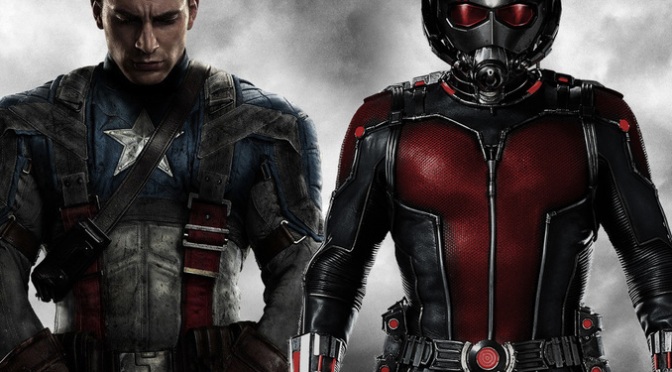 Below is a clip from Jimmy Kimmel Live last night from Captain America: Civil War.  The clip is not spoiler heavy and contains a silly scene of Paul Rudd’s Ant Man meeting Captain America for the first time and kinda geeking out about it.  Check out the clip below.

There will be more Marvel reveals this week on Jimmy Kimmel as Benedict Cumberbatch will be on tonight with the first trailer for Doctor Strange (which just wrapped filming so it likely won’t include many FX shots), Team Iron Man will be on tomorrow and Chris Hemsworth (Thor) will be on Thursday, albeit to promote The Huntsman.  Captain America: Civil War arrives in US theaters May 6.