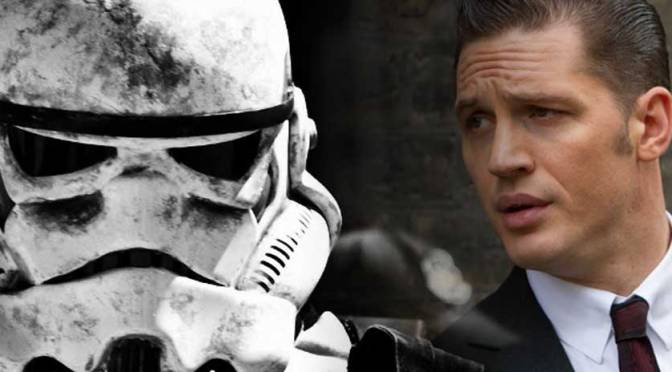 It has been well documented that Daniel Craig made a brief and secret cameo as a stromtrooper in Star Wars: the Force Awakens (the one that Rey uses the Jedi mind trick on in order to escape).  It looks like he won’t be the only star to assume a masked stormtrooper role in the series as Tom Hardy is now rumored to be playing one in the sequel.  Details on the scene he’ll be appearing in can be found below courtesy of Making Star Wars.

After investigating the scenario we have ascertained something like this goes down:

So Tom Hardy could be playing a Stormtrooper that trained with Fin and believes he’s still on the dark side acting as a spy?  Sounds a bit silly, but i suppose things like that depend on the execution.  Also I can see where that could fit in with the plot rumors that “leaked” last month (potential spoilers at that link, although chances are it’s a made up plot from a fan).  Star Wars is one of the most influential franchises in cinema history so it’s cool to see stars that likely grew up loving the originals trying to be involved in the sequels, even if it’s only in a brief uncredited cameo.  Star Wars Episode VIII arrives in theaters December 15, 2017.