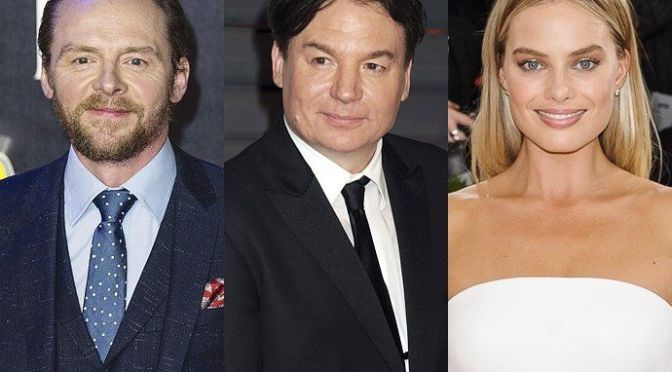 “Terminal tells the story of two hit men (Fletcher and Irons) as they embark on a borderline suicide mission for a mysterious employer and a high paycheck. Along the way, the unlikely pair find a dynamic woman named Annie (Margot Robbie) who may be more involved than they had originally suspected.”

Terminal will be directed by  Vaughn Stein.  Stein is better known as this point in his career as an assistant director having worked on a number of tentpole projects such as Harry Potter and the Deathly Hallows: Part 2, World War Z, Les Misérables, and In the Heart of the Sea.  The film will also be starring Max Irons (The Host) and Dexter Fletcher.  The movie has begun filming in Hungary.

The casting is interesting because both Meyers and Pegg, while dabbling in drama, are certainly more well known for their comedic roles.  Meyers hasn’t appeared in a film since Inglourious Basterds in 2009 (or Shrek Forever After in 2010 if you’re counting animation).  I’ll keep you updated on any new information about this project.