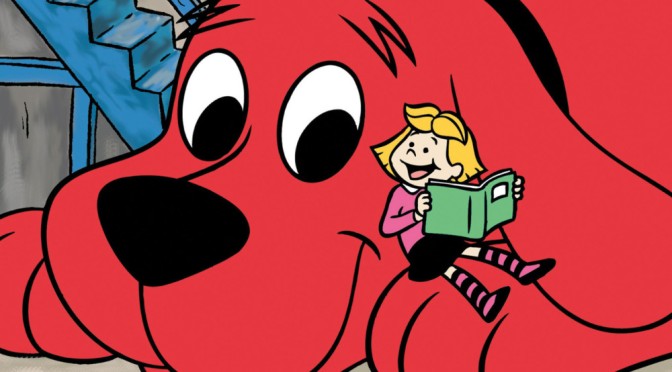 According to a report from Deadline, Paramount Pictures has picked up the rights to a Clifford The Big Red Dog film.  Continue reading below for additional information.

Deadline has reported that the Clifford film was in development at Universal for years, but they decided to allow the option of the property to lapse following Silvertongue Films’ decision to take the story in a different direction.  This allowed Paramount to jump in a pick up the rights.

The screenplay for the movie will be written by Justin Malen and will be a live action/CGI hybrid.  Clifford The Big Red Dog started out in 1963 as an children’s book series written by Norman Bridwell about “the adventures of Emily Elizabeth, a young denizen of a rural island community who gets a red puppy for her birthday that grows to the rather unusual size of 25 feet tall.”  This later gave way to a PBS series that ran from 2000 to 2003 and a prequel series, Clifford’s Puppy Days, that aired from 2003 to 2004.  There is no target release date for the film but I will keep you posted on any new information that surfaces about this project.