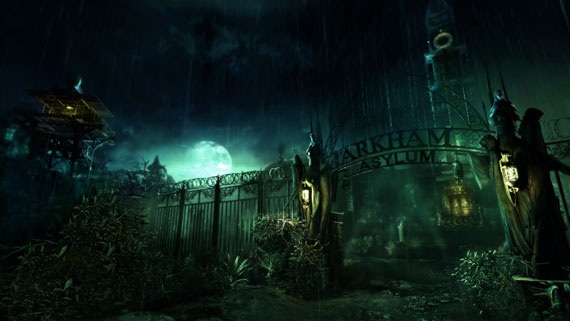 It has been reported that Ben Affleck will be directing, co-writing and starring in a standalone Batman film taking place in the same cinematic universe as Batman v Superman.  To date not much is known about the movie other that rumors circulating that it might include the Death In The Family/Red Hood storylines, that Deadshot might be heavily featured, or that the film would incorporate a ton of Batman’s rogue gallery.  However, recent rumors suggest that the film could take place within Arkham Asylum.  Continue reading for more details.

Arkham Asylum is the prison/asylum where all of Batman’s villains go once he takes them off the streets.  It has gained strong popularity as of late following the Rocksteady Studios Arkham Asylum video games, so that additional brand recognition should only help (although “Batman” is a big enough bankable name to see anything these days).  Here’s the full report from Screen Rant.

“So far, however, most of the official pronouncements on the film have been rather, well, sparse. We know, for example, that DC Comics Chief Creative Officer Geoff Johns will be helping Affleck to write it, that it’ll be an original story, that it’ll feature Batman being the world’s greatest detective, and that Affleck refuses to release it until he’s happy with the finished product. Now, however, we might be getting something a little more definite – unofficially, of course.

According to a recent report over at Batman on Film, the site has been contacted by several sources stating that the Batman solo spinoff will not only be set in the famed Arkham Asylum, but that it’ll also feature the Dark Knight himself being locked up in it. The report goes on to note that this would fit with previous rumors the editor-in-chief has been hearing, revolving around a heavy presence of Bat baddies in the movie.”

Here’s my two cents: Right off the bat I trust anything that Ben Affleck is writing and directing because he’s proven to be able to take ideas that shouldn’t be that entertaining on paper and craft a beautiful film out of them (so imagine what he could do with a Batman tale).  I had my heart set on a Red Hood story since it was first rumored because that would hold more emotional weight than a typical superhero movie and would be able to take the character in different directions than we’ve seen on film previously.  Setting those expectations aside, a Die Hard or Dredd style movie with Batman stuck inside Arkham trying to survive against a slew of his deadliest foes could be very entertaining and certainly would be a different type of Batman movie than what we’ve seen before.

Take this all with a huge grain of salt because none of this has been confirmed.  There’s a small chance that we might even hear about the direction of the solo Batman movie in the next few days at Comic Con… although not very likely because they will probably be busy hyping Suicide Squad and Wonder Woman and teasing Justice League, The Flash and Aquaman.

What do you think about the possibility of a Batman movie taking place within Arkham Asylum?  Share your opinions below.