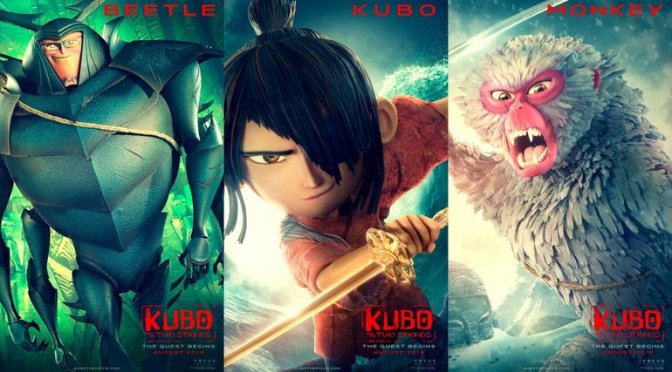 This embedded video is an interactive map of the world to be explored in LAIKA’s latest film, Kubo and the Two Strings.  Kubo is a stop-motion fantasy epic from the creators of Coraline, ParaNorman and the Boxtrolls that stars the voice talents of Matthew McConaughey, Charlize Theron, Roney Mara, Ralph Fiennes, Brenda Vaccaro; and Art Parkinson.  Kubo and the Two Strings arrives in theaters August 19, 2016.

“In the epic fantasy, scruffy, kindhearted Kubo ekes out a humble living while devotedly caring for his mother in their sleepy shoreside village. It is a quiet existence – until a spirit from the past catches up with him to enforce an age-old vendetta. Suddenly on the run from gods and monsters, Kubo’s chance for survival rests on finding the magical suit of armor once worn by his fallen father, the greatest samurai the world has ever known. Summoning courage, Kubo embarks on a thrilling odyssey as he faces his family’s history, navigates the elements, and bravely fights for the earth and the stars.”