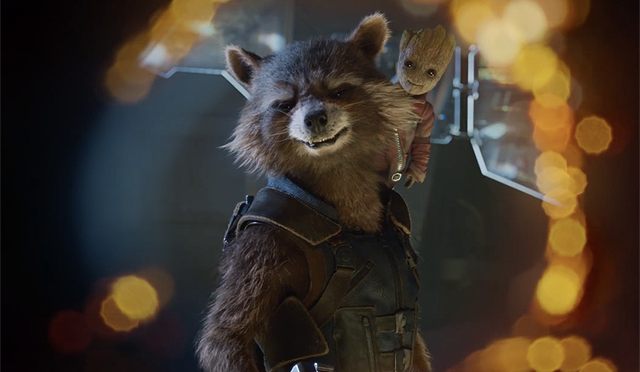 Despite Guardians of the Galaxy Vol. 2 set to arrive in May of next year, there’s been surprisingly little information known about the plot of the movie.  The trailers (both the teaser and the first full length trailer) gave up little as far as plot and we haven’t seen a number of the key actors appear in them (although footage shown during Comic Con portrayed Kurt Russell’s Ego and  a scene with Yondu and Rocket escaping the Ravenger’s ship).  Now Screen Geek (via io9) has reported to know more about the plot of the film, including how Ayesha, Ego, Thanos, Sylvester Stallone and Sharon Stone’s characters fit into the proceedings and the connection of the film to Infinity Wars.

Ego is made out to be the main villain at first, but it is actually Ayesha, although Ego is also an antagonist. Taserface serves as a secondary foe.

Sylvester Stallone and Sharon Stone are playing members of the Ancients, a race of immortal aliens that hire the Guardians of the Galaxy to stop Ego, as part of a bigger plan masterminded by Ayesha.

Yondu and Nebula are joining the team alongside Mantis, who is Star-Lord’s half-sister and a prisoner of Ego.

The Nova Corps will make an appearance and the Kree will also have a larger role.

Groot will remain child-sized for a large portion of the movie.

There’s a minor romantic subplot between Star-Lord and Gamora following the seeds planted in the first movie.

Thanos won’t appear in the movie, but will be referenced.

There’ll be no infinity stones, although they are referenced.

There are plans for a sequel, but James Gunn still isn’t officially attached to write and direct, although Marvel wants him to direct.

For those who have been following GotG news closely, there isn’t much new information above.  Yondu, Nebula and Mantis have already been confirmed by Gunn to be joining the team at some point int he film, Thanos has been confirmed to be absent, and it has been believed for a while that Stallone and Stone will be playing ancients (Gunn has said specifically that Stallone’s role will be important but with minimal screen time).  If the above is true than the only truly new details are that Ayesha will indeed be the big bad of the movie and that Taserface will be making an appearance.

Here’s a quick summary of the character Taserface, courtesy of ComicVine:

“Taserface is a warrior of the 31st century. He is the member of the Stark, an alien race who has inherited the technology of Tony Stark. The Stark worship Tony as their patron deity. After his defeat at the hands of the Guardians of the Galaxy, Taserface was disgraced and tortured, his name removed because he no longer deserved it.  He was shown mercy by the High Sister of the Stark and converted into a cyborg and given a new name – Overkill.

Taserface possesses a degree of invulnerability and is equipped with repulsor rays, tasers, sensors, and the ability to absorb energy.”

So what do you think about the way Guardians of the Galaxy Vol. 2 is shaping up so far?  Share your thoughts below.  GotG Vol. 2 arrives in theaters May 5, 2017.

One thought on “Details for Guardians of the Galaxy Vol. 2”