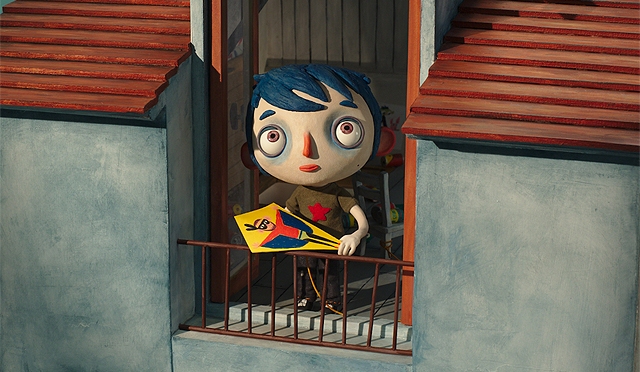 Featuring the voice talents of Will Forte, Nick Offerman, Ellen Page and Amy Sedaris, the Golden Globe nominated animated film My Life As A Zucchini arrives in US theaters February 24, 2017.

“After his mother’s sudden death, Zucchini is befriended by a police officer, Raymond, who accompanies him to his new foster home, filled with other orphans his age. At first he struggles to find his place in this at times strange and hostile environment. But with Raymond’s help and his newfound friends, Zucchini eventually learns to trust and love, as he searches for a new family of his own.”