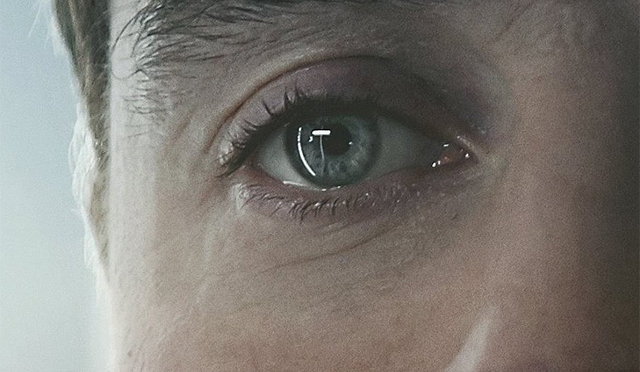 20th Century Fox released a teaser clip showing Michael Fassbender’s character Walter in Alien: Covenant.  Fassbender will also be playing David, an android from the first movie, in addition to Walter who is advertised here as Weyland-Yutani’s latest product.

The short, conceived by Ridley Scott and 3AM, produced by RSA Films with technology partner AMD and directed by Luke Scott, showcases Walter as the world’s most advanced synthetic companion, created to serve and designed to help achieve a better human experience with intelligence. As part of the campaign, a limited-edition poster debuted online (see gallery below) and at SXSW, plus a Twitter activation allows users to tweet #MeetWalter to receive a personalized video autoreply from Walter.

“Partnering with AMD, one of the world’s leading technology companies, for our film’s ‘Meet Walter’ campaign aligned perfectly with our vision of the incredible potential of AI that Michael so wonderfully brings to life through Alien: Covenant’s Walter,” said Ridley Scott. “In AMD we have a partner at the forefront of developing and implementing artificially intelligent technologies, showcasing where the future of AI may well be heading. Bringing AMD into our longstanding collaboration with 20th Century Fox on the Alien films is inspiring and exciting.”

“AMD is at the forefront of advancements in AI, machine learning and at developing technologies which are used every day,” said Zachary Eller, Senior Vice-President, Marketing Partnerships. “Given their amelioration in these technologies, we knew this was the perfect partnership for our film.”

“Once we saw the great connection between ‘Alien: Covenant’, the ‘Meet Walter’ short and AMD processor technologies, including AMD SenseMI technologies in our new Ryzen processors, and our Radeon Instinct accelerators, this technology collaboration with Twentieth Century Fox and Luke Scott was one we couldn’t resist,” said Jim Anderson, SVP & GM Computing & Graphics Business Group.

“Ridley Scott returns to the universe he created with Alien: Covenant, a new chapter in his groundbreaking Alien franchise. The crew of the colony ship Covenant, bound for a remote planet on the far side of the galaxy, discovers what they think is an uncharted paradise, but is actually a dark, dangerous world. When they uncover a threat beyond their imagination, they must attempt a harrowing escape.”