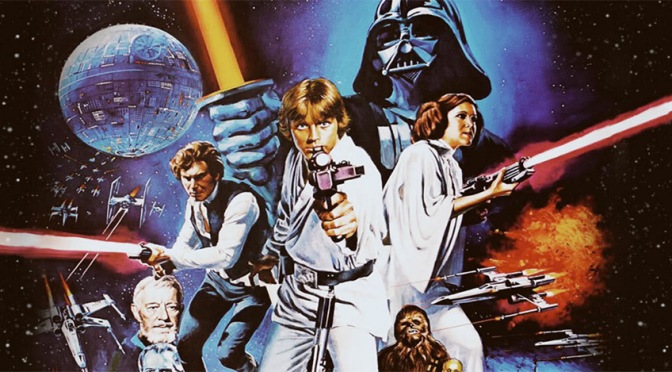 Ever since George Lucas sold Lucasfilm to Disney, the Mouse House has been hard at work to make their money back on the popular franchise by developing new Skywalker Saga and stand alone anthology films.  The Force Awakens and Rogue One have already brought in over $3 billion worldwide and their license to print money doesn’t appear to be slowing down any time soon with The Last Jedi and an untitled Han Solo prequel movie coming out in the next 18 months.  But what happens after that?  Outside of Episode IX due out in 2019 nothing concrete has been revealed about the future of Star Wars on the big screen.  Star Wars News Net claims to have inside sources that informed them of three future anthology movies as well as what we can expect from the main saga following Episode IX.  While this should be taken with a major grain of salt, check out the details below.

The first potential film discussed is an Obi-Wan Kenobi movie that would take place between the events of Revenge of the Sith and A New Hope.  Here’s what was said about that possibility:

“Kathleen Kennedy and the rest of Lucasfilm fully intend to make an Obi-Wan movie set between Revenge of the Sith and A New Hope, with Ewan McGregor in tow.  I want to emphasize that it’s a movie, singular – not a trilogy.

Rogue One’s Gareth Edwards could be returning to the director’s chair, as Kathleen Kennedy was happy with his work on that film.  The team of producers and writers are going to be different than Rogue One.  An announcement of an Obi-Wan movie might just be one of the big surprises at Celebration Orlando.  This possibility is supported by the existence of a few materials that were made in conjunction with the event.”

An Obi-Wan movie with Ewan McGregor returning to the role is a film Star Wars fans have been clamoring for ever since it was announced Lucasfilm would be making anthology films outside of the main saga.  McGregor has even expressed interest in playing the character again.  Part of me is hoping that Disney/Lucasfilm will spend their resources developing stories within the Star Wars universe not connected with the characters and events we’ve already seen on the big screen.  One of the big draws of the original Star Wars is the feeling that it’s taking place inside of massive, fully inhabited universe with tons of activity taking place outside of what we’re viewing.  It seems like a shame to be creating these anthology movies and not exploring this potential.  That said, if they’re going to build a movie around a character and time period, an Obi-Wan flick during this timeframe is my pick.

The next movie discussed in the article is a Boba Fett movie, or rather a bounty hunter ensemble film that would feature Fett.

“Rest assured, the Boba Fett movie is not dead.  As far as I can tell, the movie will most likely not be an origin story.  It’s not strictly a Boba Fett movie, but a film about an ensemble of bounty hunters on an adventure.  It sounds as though Fett is just one important component to the movie as opposed to the central character.

The project is basically going to use the same pitch that it would have had if Trank had directed it. A script was not even ready at the point where Trank would have talked about his movie at Celebration Anaheim, the project has received further development thanks to Kinberg’s efforts.”

Boba Fett worked and is so beloved because he is draped in secrecy.  I’m glad that a movie featuring him won’t be an origin story (because we sorta already got that in the prequels) or focusing solely on him.  By having him as part of a larger ensemble, it allows him to be bada** and perform awesome feats that overshadow other competent bounty hunters without losing his mystique by being the center of attention.  He works best as a catalyst as opposed to a main character, similar to why the 4th Pirates of the Caribbean film didn’t work when it made Jack Sparrow the main character.

The third movie described may feel like it is entirely out of left field because it is unlike any Star Wars movie to date.

“This Star Wars project is going to target the young-adult audience and have slight romantic themes to it.  Said story is a tragedy…the “love story” angle has more in common with Han & Leia’s romance in The Empire Strikes Back than anything else.

This is the first major step toward getting a Star Wars movie that’s directed by a woman.”

I’m not very familiar with the Star Wars novels and extended universe material so I can’t comment on this from personal experience, but the sites I looked at have compared this “love story” prospective film to the Claudia Gray novel Lost Stars.  According to Screen Rant, “Lost Stars revolved around childhood friends Thane Kyrell and Ciena Ree, who are torn apart from each other during the Galactic Civil War and develop a romantic relationship amidst the conflict.”  According to Star Wars News Net, while the movie might have a similar feel it won’t be an directly taken from Lost Stars.

“It doesn’t sound like this is going to be an adaptation of that book.”

The report also made a comment that flies in the face of everything previously reported.  So far all comments from Lucasfilm, and even recently from Disney CEO Bob Iger, is that they intend to release a new Star Wars movie each year for the foreseeable future.  Not so, says Star Wars News Net:

“There seems to be a plan for a hiatus on Star Wars movies – a plan that will happen after a few years after the end of the Sequel Trilogy.  Lucasfilm will want to deliberately starve the market of Star Wars movies for a time.  The powers that be are interested in making sure that there’s not a sense of fatigue.

Star Wars on television is going to become a big focus over the next few years.  The new series might be more in-tune with the existing story arcs of the Star Wars saga instead of “filling in gaps” like The Clone Wars and Rebels have.”

This strategy makes sense.  Star Wars movies are event films.  If there’s one every year then it begins to lose that luster and attendance will inevitably decrease.  “Starving the market” will assure them that people will turn out in droves when Star Wars returns to theaters similar to Phantom Menace and The Force Awakens.  So while die hards might not like this change in strategy, it makes sense for Lucasfilm and can only help the quality of future movies by giving them additional time to develop the projects.

What do you think?  If this story is legit, do you like the potential options for future Star Wars movies?  What Star Wars related material would you like to see featured in future movies?  We’ll be sure to get at least some concrete information from the Star Wars Celebration event next month.  Until then, stay tuned and I will keep you posted as soon as I learn any new details.