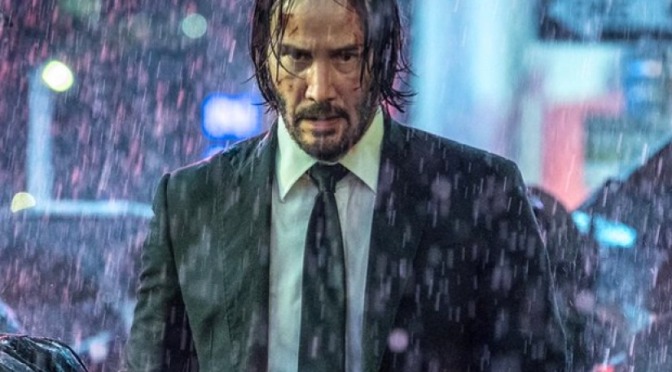 Below check out a series of photos released today for Hellboy, John Wick: Chapter 3 – Parabellum, and Beautiful Day in the Neighborhood.

“Based on the graphic novels by Mike Mignola, Hellboy, caught between the worlds of the supernatural and human, battles an ancient sorceress bent on revenge.”

John Wick: Chapter 3 – Parabellum is set to arrive in theaters May 17.  Honestly if you’re a fan of action movies in general I highly recommend John Wick.  They’ve created an incredible universe a set of rules for these assassins to play in and the first two movies were perfection.  Although the initial John Wick film was made on a $20 million production budget and didn’t bring in a ton, it garnered a strong cult following and now has 2 sequels and a spinoff TV series in the works so the studio clearly understands that it has a quality product on its hands.

“John Wick (Keanu Reeves) is on the run for two reasons… he’s being hunted for a global $14 million dollar open contract on his life, and for breaking a central rule: taking a life on Continental Hotel grounds. The victim was a member of the High Table who ordered the open contract. John should have already been executed, except the Continental’s manager, Winston, has given him a one-hour grace period before he’s “Excommunicado” – membership revoked, banned from all services and cut off from other members. John uses the service industry to stay alive as he fights and kills his way out of New York City.”

Lastly, today Sony Pictures has released new photos of Tom Hanks as the iconic Mr. Rogers from “Beautiful Day in the Neighborhood” due out November 22, 2019.  The photos are released in honor of Fred Rogers’ birthday today.  The pictures were taken from Today.

“Two-time Oscar-winner Tom Hanks portrays Mister Rogers in Untitled Mr. Rogers/ Tom Hanks Project, a timely story of kindness triumphing over cynicism, based on the true story of a real-life friendship between Fred Rogers and journalist Tom Junod. After a jaded magazine writer (Emmy winner Matthew Rhys) is assigned a profile of Fred Rogers, he overcomes his skepticism, learning about empathy, kindness, and decency from America’s most beloved neighbor.” What do you think?  Will you be lining up to watch Hellboy, John Wick: Chapter 3 – Parabellum, or Beautiful Day in the Neighborhood in theaters?

One thought on “Photos and Posters for Hellboy, John Wick, and Beautiful Day in the Neighborhood”